Helping the rebirth of a parish

Reconstruction of the parish church of Beyla

We are asking you for help in rebuilding the parish church of Beyla in the diocese of N'Zérékoré in the Republic of Guinea / Conakry. This diocese was founded more than 100 years ago by the White Fathers who were expelled by the dictator Sékou Touré. They handed over this diocese to the diocesan clergy, which generously took over.

Letter from the parish priest of Beyla, Abbot Justin Monemou
On Tuesday, July 16, 2013, our parish was attacked by rebels. They simply attacked Christians and their property. Then they ransacked, stole and burned everything that belonged to both Catholic and Protestant missions. Indeed, chapels and churches were systematically destroyed throughout Beyla Prefecture; Villages like Moribadou and Sinko were not spared. All buildings were prey to the flames for 3 days, from July 16 to 18, 2013.

Material losses
The building of the parish church completely burned with all its contents. The same was true of the other buildings in the courtyard of the church: 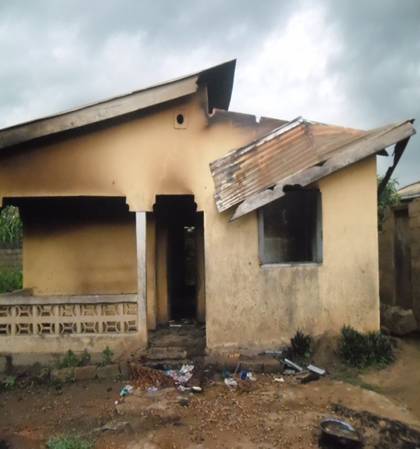 At the presbytery, the priests' room was set on fire. The ceiling and framing of the roof were calcined, leaving part of the roof hanging. Almost all of the doors and windows were removed and taken away, the electrical installations were ransacked. In short, this presbytery was totally vandalized and emptied of all its contents.

The mill, the main source of income for the parish, was taken.

The building housing the three offices of the priests and a well-stocked library were set on fire, leaving the parish of Beyla without any archives.

The pain of the loss

A few months after these painful events, the Christians returned to the parish, their hearts bruised before the debris of their possessions. They are weeping, for they have lost the great and ancient parish church which was their pride in this highly Islamized milieu. The need to feel Christian, to express and live their faith in the midst of an Islamic people continued to animate the hearts of hard-pressed Christians. To help overcome this ordeal, on December 25, 2013, they took the initiative to build a prayerful community that meets on Great Holidays in an outdoor hangar. Likewise, they do it every Sunday in the corridor of the priests' quarters: this old building built by the missionary White Fathers is the only Christian building that has been able to keep its roof thanks to its great height. 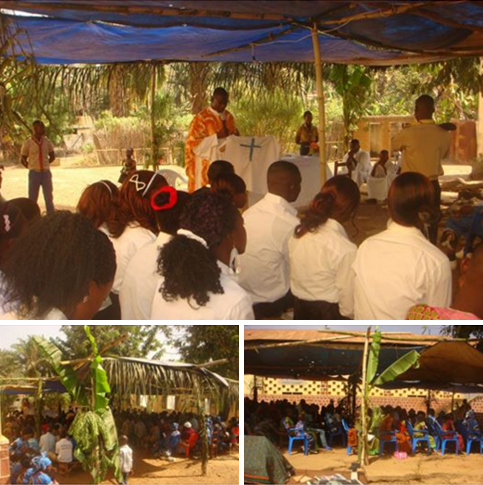 Renaissance of the parish

After having lived several years in this precarious situation, the Bishop of the diocese of N'Zérékoré, Mgr. Raphael B. Guilavogui, decided this year to officially reopen the parish of Beyla. For this, the rebuilding of the parish church has become the priority. As the realization of such work (House of God) goes beyond the financial capacity of this Christian community, we appeal to our Christian sisters and brothers in Canada to help us. Therefore, with your faith in God and with your generosity that is never lacking, we ask for your financial contribution to the height of your possibilities. 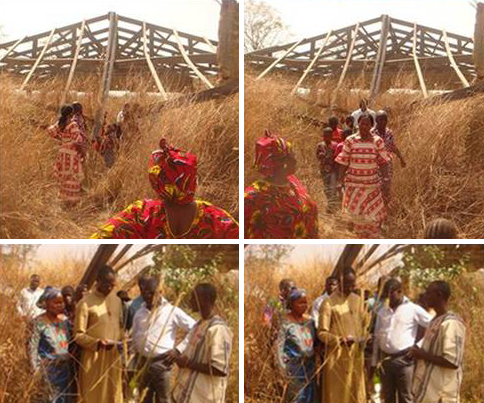 We will be grateful for all that you will do for the success of this essential project for us. Please accept the assurance of our prayers and fraternal friendship.

Jean-Marie Tardif, Missionnary of Africa*
Father responsible for this aid.

*Former professor at the Seminary of Bamako, Mali, which hosted the seminarians of the neighboring country, Guinea..