A short bridge to Africa 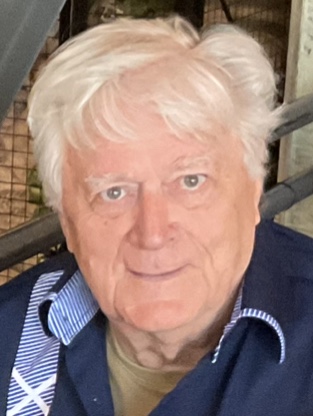 It has been more than 50 years now that I have been collaborating with the publications of our missionary society. Around 1971-72, in Quebec City, I brought some layout ideas to Father Adrien Fontaine, then editor of the Bulletin of the White Fathers of Africa, distributed to 50,000 people in Quebec, the Maritimes, Ontario and Western Canada. Before the arrival of television, we were in Canada the main source of awakening to the encounter with Africans. It was at this time that African immigration to Canada began, especially through the arrival of students in our universities.

In 1975, I came to learn about journalism as part of the editorial team of of the new magazine MISSION of the Missionaries of Africa. Among the important publications were those of the Foreign Missions, The of the Missionary Sisters of the Immaculate Conception, Universe of the Propagation of the Faith, Apostolate of the Oblates of Mary Immaculate. We renewed the genre of missionary annals. One of my grandmothers subscribed to all these titles. I used to read them during my vacations. She claimed that claimed that I had joined the White Fathers because of her subscriptions ! The print media was declining, but MISSION magazine was still printed 30,000 copies... and it was a paid subscription. With the decline missionary preaching in the parishes, we had to change to another formula to to keep in touch with our friends.

Finally, around 2009, our Society adopted the format of The Letter to Friends, four times a year. All you have to do is sign up by email (see page 2) to receive it. It is free of charge. We also offer a wall calendar that is useful both for readers and for responding to some vital projects in the 24 countries in Africa, America and Europe where our confreres are on mission. The African world has become universalized.

Yes, dear friends and benefactors, with Serge St-Arneault as editor, we continue to bear witness to the mission entrusted to our Society. A few hundred confreres are at work in Africa with the most disadvantaged populations. Think of the Congo DRC, Ethiopia, Mali, Burkina Faso and South Sudan.

Just as in the past when we lived, sometimes losing our lives, in the heart of conflicts in Algeria, Rwanda, Burundi, Uganda... We are still in South Africa, which was the country of apartheid, about which this Letter to Friends tells you. Thank you for your support of our projects.