Relations between Christians and Muslims

Path of the Missionaries of Africa with the Muslims

The foundation of the Society of the Missionaries of Africa is intimately and naturally linked to the Muslims and the Islamic religion for two main reasons:

First of all, the relations and encounters of our founder Cardinal Lavigerie with the Muslims in Lebanon, Syria and North Africa

Secondly, the birth and growth of our Society in the Arab-Islamic environment of Algeria and Tunisia.

Cardinal Lavigerie and the Muslims

His first meeting with Muslims in Lebanon and Syria in 1860 not only marked the Cardinal for the rest of his life but reoriented him in his vocation as a Catholic priest. Twenty-five years later he was in Algeria and was talking about this first experience, he confessed: "This is where I discovered my true vocation." And connecting this first encounter with his presence and his work in North Africa in particular and in Africa in general he could say: "So when I came to you ... I was just following the path where I had been Since I was young, I answered the call of God."

This call of God received on the road to Damascus, as he said, was later developed into a threefold vocation: that of giving witness to Christ to the Muslims (see North Africa), the proclamation From the Gospel to the Africans (ie the South Sahara) and the promotion of ecumenical dialogue, especially with the churches of the east. 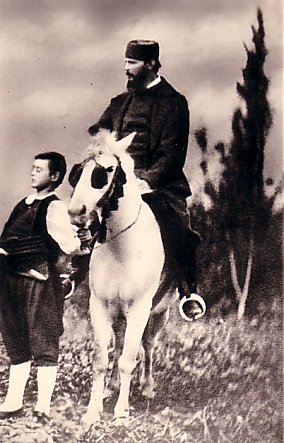 In his speech on the day of his installation as Bishop of Algiers, Monsignor Lavigerie addressed these words to the Algerian Muslims:

"I claim to be entitled to the privilege of loving you as my children, even if you do not recognize me as your father ..." There are two things we never get tired of doing: things that would not worry you and would not take you away from us: the first is to love you and if possible to prove it to you by doing you good; The second is to pray for you God, Father and Master of creation, to give us abundantly light, forgiveness and peace. "

Missionaries of Africa and Muslims 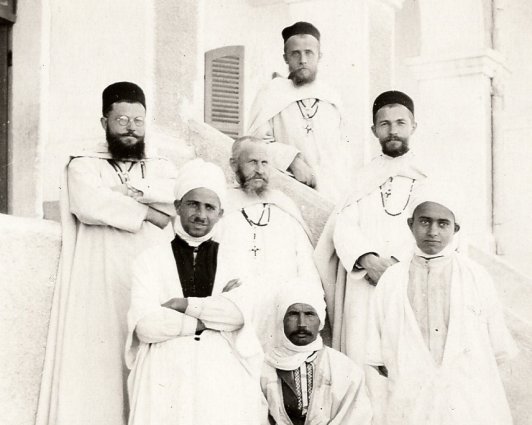 In order to fulfill this triple vocation, Archbishop Lavigerie founded the Society of the Missionaries of Africa (1868) and the Congregation of Missionary Sisters of Our Lady of Africa (1869). While our name defines the geographical and social place of our vocation, our traditional clothing (gandoura, burnous, chechia and rosary) symbolically expresses the spirit and the method that we have to follow to answer our mission.

What, moreover, means that we have to adapt to the populations to which we are sent, i.e. their cultures, their languages, their lifestyles, in so far as they do not contradict the evangelical values. In other words, "We do all things to all" (1 Cor 9:22).

On the other hand, this garment reminds us of our Arabo-Islamic roots and our mission to the Muslims in general. Our Constitutions and Laws remind us of this mission: "Because of its origins, our Society has always paid particular attention to" believers in Islam "(Constitutions and Laws, Chapter I, Article 1) and are particularly interested in Islamic-Christian relations.