The Parish of St-Stephen is one of the 27 parishes in the Archdiocese of Khartoum, and the only one administered by the Missionaries of Arica. It is located in the Eastern Suburb of the city, in a district called Al-Hajj Yusif.  Before the independence of Southern Sudan in July 2011, the parish numbered nearly 10,000 faithful, more then 95% of them originating from the South. At that time, we had seven outstations, a secondary school, four primary schools and a maternal school.

The independence of Southern Sudan brought a lot of hopes, freedom and better living conditions, and also a mass exodus of people going back home. Before December 2013, the number of our faithful had decreased by half, and the vast majority of those remaining behind, had been regrouped in camps before being repatriated eventually.

Unfortunately, the enthusiasm and the hope that the independence had brought to the country did not last. A failed coup d’état on December 13, 2013, followed by a bloody ethnical war brought once more the populations of Southern Sudan into a nightmare. Our churches were filled again, and our parish is back to 10,000 people. 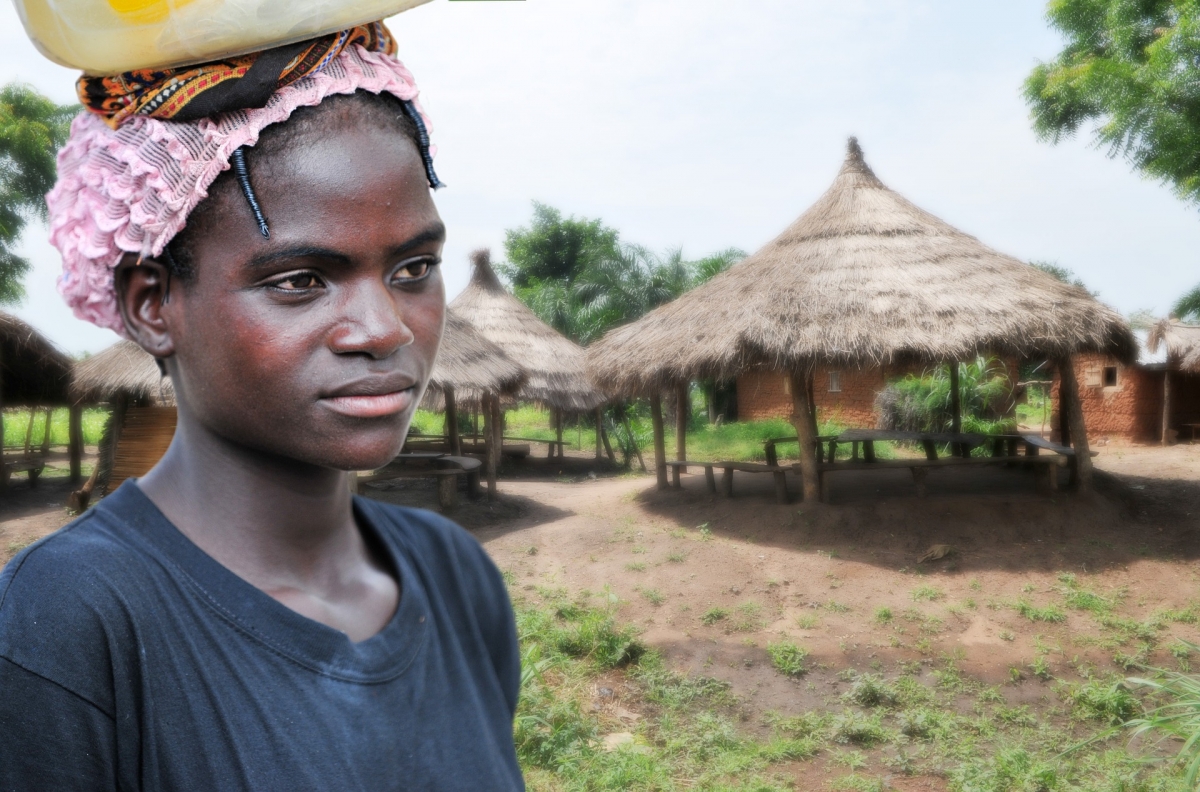 In some way, although we could carry on our liturgical celebrations, we had lost many of the leaders whom we had trained, having moved to the South. So, we have to train again our Catechists.  Among the youth there is certainly some good will, yet a basic time of training is also necessary.

Among the faithful who had come back, many have shown signs of trauma, especially among the youth, for having lived through difficult time in the South. Since December 2013, when violence was widespread among the tribes belonging to different political parties, intertribal relations had worsened. The work of reconciliation will take time. It has to be done in our parish and in different communities. Indeed, it is in the Southern States, closed to our borders, Upper Nile and Unity, that the worst acts of violence and atrocities have taken place. Many among the newly-arrived in our parish come from these regions.

On the Social level, we have to face three challenges:

Food and medical help:  Mothers come to us to get help in order to feed their children, and in need of medical help. There are no free medical services, everything has to be paid : so you pay or suffer. On a daily basis were receive 15 persons.

At present, we are transforming one of our oldest outstation into a medical centre, where we will have an office for a doctor, a laboratory and a pharmacy, in a district so far deprived of these facilities. For this project, we are being helped by a local doctor, Doctor Wani, who owns a private clinic, not so far from our house.

Education : School fees are a constant need. Non-Muslim students often face some discrimination in the public schools. Therefore, our parishioners prefer to send their children in semi-private school. The school fees for a primary school student comes to 900 Sudanese Pounds, a year. (125 C$). We have been able to help many children. For them it is the only way to hope for a decent future. In fact, those who cannot afford to pay, they are purely and simply sent back home. Needless to say, that our Church yard fills up whenever the schools reopen.

To relieve the parents, we have opened last year two primary schools (one for boys and one for girls), and a maternal school, at a lower cost. There are 697 children in our two primary schools this year, while there are 78 at the maternal school. The majority of our pupils come from poor families, and are unable to cover the school fees. On top of that, we also have to pay for the salaries of our 29 teachers, three keepers. We have to cover the repairs, the administration, the currant expenses such as photocopying, upgrading of our teachers. The salary of one teacher comes to 800 Sudanese Pounds.