The World Council of Churches in the Middle East:
the storms of history will not extinguish the presence of Christians in the lands of Jesus 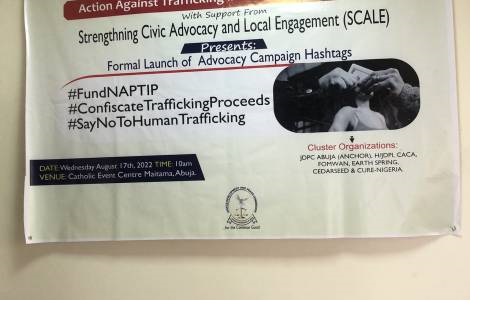 Cairo (Agenzia Fides) - Within the framework of history, the Christian narrative cannot be separated from the lands where Christ was born, lived, died and rose again. Christians have also made an important contribution to Arab civilization for the development of present-day societies in the Middle East, and, trusting in the grace of Christ, they will be able to remain rooted in these lands and offer a precious contribution to the rebirth of the countries of the Middle East. Confidence in the future and freedom from self-pity was the 12-point final message from the 12th General Assembly of the Middle East Council of Churches (MECC), held from Monday 15 to Friday 20 May in Egypt, at the Logos Center attached to the monastery of Anba Bishoy, in the desert region of Wadi el Natrun. The assembly, which brought together patriarchs, bishops and other representatives of the Churches and ecclesial communities present in the countries of North Africa and the Middle East, in the document released at the end of the work, also expressed sadness at the massive emigration of young people which is weakening Middle Eastern societies and drastically reducing the number of many local Christian communities. At the same time, the hope was also expressed that individuals and families who emigrate from their countries of origin will preserve the link with the mother country and will not waste the heritage of spiritual riches received in their communities of origin.

The Assembly unanimously thanked Egyptian President Abdel Fattah al Sisi, expressing its appreciation for the words with which the Head of State addressed the participants in the meeting, when he stressed that "Christian brothers and sisters, in all Arab countries, are an integral part of the fabric of all Arab society". Among the points recalled in the final document, the participants in the assembly reiterated the urgency of countering "violence and fanaticism in all its forms"; they recalled the need to help marginalized and vulnerable people, refugees and displaced people; they reaffirmed the urgency of "respecting freedom of belief, consolidating the values of citizenship and common life with our Muslim brothers and sisters, with whom we have mutual respect". The commitment to "support the Churches and believers in Jerusalem" was also reaffirmed, as well as "the duty to preserve the Holy Places, reminding the international community and the peoples of the world of the importance of supporting the Christian presence in the City of Peace". The Middle East Council of Churches, founded in 1974 in Nicosia and currently based in Beirut, aims to facilitate the convergence of Christian communities in the Middle East on issues of common concern and to help overcome denominational conflicts. The MECC comprises churches and ecclesial communities belonging to four different "families": Catholic, Orthodox, Eastern Orthodox and Evangelical. At its closing session, the General Assembly hosted in Egypt elected the four new presidents of the Council, representing the four ecclesiastical families that make up the ecumenical body: for the Eastern Orthodox family, Bishop Antonios, Metropolitan of Jerusalem and of the Middle East for the Orthodox Copts, will be the president for the next term; for the Orthodox family, a similar role will be played by Yohann X, Greek Orthodox Patriarch of Antioch, who resides in Damascus; the "family" of the Catholic Churches will be represented in the collegial presidency by Raphaël Bedros XXI Minassian, Patriarch of Cilicia for the Catholic Armenians; the president chosen to represent the "family" of evangelical churches will be Reverend Paul Haidostian, President of the Federation of Armenian Evangelical Churches in the Near East. The General Assembly also confirmed the election of the Secretary General of the Council, Greek Orthodox Professor Michel Abs, who had been chosen by the Executive Committee during its meeting on September 18, 2020 in Bkirké, Lebanon, at the headquarters of the Maronite Patriarchate.