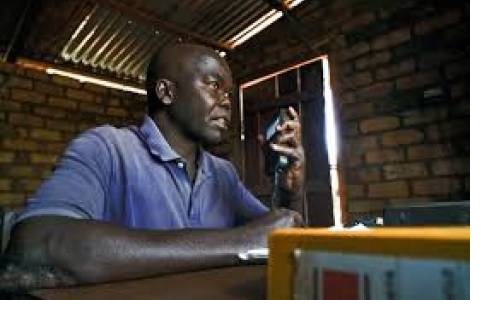 Kuwala (Agenzia Fides) - After two years’ search of license to set up a radio station in Blantyre Archdiocese, Kuwala (light) FM as the radio will be known has received a regional license making it the first Catholic radio in the Archdiocese. "Kuwala FM will focus on catechesis programs devised for modern understanding with questions and answers. We will also air news and programs addressing social and pastoral challenges", explained to Fides Fr. Mwinganyama who has been coordinating communications in the Archdiocese.

In the note sent to Agenzia Fides, the priest writes: "We applied for license two years ago but it delayed because of the political situation in the country. There were some hiccups and we were not awarded the license. Now that we have received the license we have to set the ball rolling", said Fr. Frank Mwinganyama after they received the license from Malawi Communications Regulatory Authority (MACRA). "The radio is anticipated to go on air within 8 months as per MACRA’s requirement hence a task force is already in place who are coming up with plans on the way forward".

"The radio intends to broadcast in two main languages; English and Chichewa, a language spoken in parts of Malawi", added the Malawian cleric who also serves as youth Chaplain in the Archdiocese. "We will have programs targeting the youths on integral formation which combines both spiritual and human formation that will include Malawian cultural issues to help develop the youths", he notes.

Asked about sustainability of the radio to a foreseeable future, Fr. Mwinganyama disclosed that the radio will run adverts to help bring income "we opted to go commercial because those radios which didn’t do so and opted to depend on donations from Christians became unsustainable", he added. There will be a strong marketing team which will also help identify sponsored programs for sustainability purposes.

MACRA will allow the radio to transmit news for the southern region of Malawi which, according to Fr. Mwinganyama, will cover not only Blantyre Archdiocese but also other dioceses adjacent to Blantyre such as Chikwawa and Zomba. It is the fifth Catholic radio station in the Country.