Project 60: To resurrect the hospital in Mingana, DR Congo

Project 60: To resurrect the hospital in Mingana, DR Congo

Mingana Parish, Kasongo Diocese, is in the equatorial forest of the Maniema Province of Congo.

The territory of the parish covers about 7,500 km2 and has an estimated population of about 70, 000 Catholics, which is more than half of the general population. In that parish, we have a Hospital, which was founded, by one 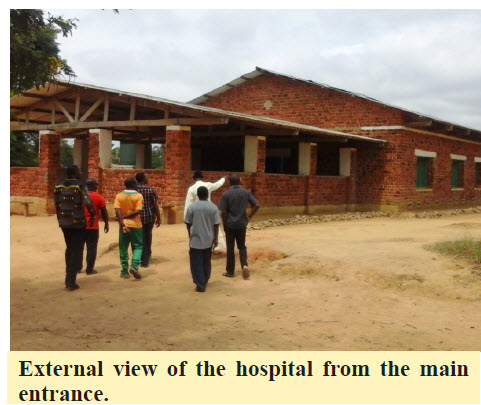 of our German missionary priests who died there in Mingana some years ago. Since its foundation, the families and friends of the founder have supported the Hospital financially and materially. Is has been the most important health facility in the area since its foundation. According to statistics, the direct beneficiaries of the hospital are estimated to be around 15,000.

Unfortunately, we have been facing difficulties in managing the hospital because most of the support was stopped after the death of the founder. Not only that, but the hospital was left into the care and complete management of the doctors and nurses who felt that they had a full control of the structure and mismanaged it for their own personal and greedy interests. What happened was very regrettable but it was due to circumstances beyond our control (departure of our Missionaries for health reasons, insecurity and other problems). This went on for quite some years. Consequently, the hospital is experiencing degradation in all aspects, the infrastructure and 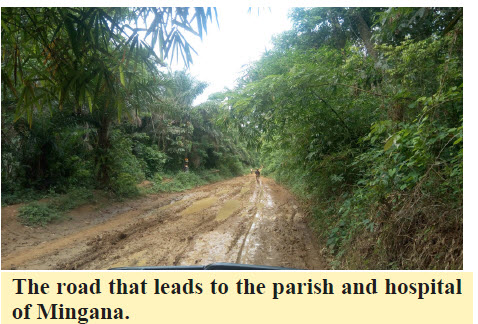 equipment. However, the Bishop sent away the two Doctors who were responsible and the team was renewed.

Now the Missionaries of Africa have retaken full control of the management. Even though we try our best to  manage wisely the little income that we still receive from the services we render, but it is still not enough to cater for every need of the patients who come in great numbers on daily basis. It is a pity to see people die in the hospital because of lack of appropriate facilities to treat them, lack of drugs, or even people dying on the road while being transported on moto bikes to the next health center, which is in Kipaka at about 70 kilometers from Mingana. The moto bike is the only means of transport in that area because of the alarming nature of the roads. Even dead bodies are transported on moto bikes from the hospital to their homes and eventually to the burial grounds for burial.

We have been trying to pump in some little funds in order to keep the hospital moving and to render the little services we can according to our means, and the government is practically nonexistent in such places. However, our best is still not enough. Moreover, closing down this hospital will be catastrophic for the whole population! 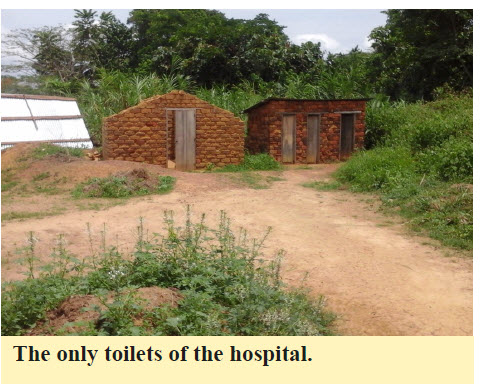 We are determined to resurrect this hospital taken into consideration its vitalimportance for saving the lives of the population of Mingana. Nevertheless, the challenges we face in managing the hospital are numerous: lack of drugs, lack of mattresses, laboratory equipment, a refrigerator for some of the drugs, electricity, toilets, fence, and many other materials.

That is the reason why we consequently and humbly turn to you and implore your financial generosity, no matter how small it will be, so that we can once more give life to this important health facility through which we can also save the lives of the population of Mingana. That is our primary objective!

The estimated total cost of what we need to make things work again in this hospital is around 23 000 dollars. Nevertheless, please know that there is no help, whether in cash or in kind, which is too small or too much.

We thank you in advance for your generosity in order for us to realize this project in favor of the population of Mingana.

Fr. Bertin Bouda, M.Afr.,
in charge of the Hospital, Mingana