Project 58, from the "Letter to Friends" of March 2020, has two parts: a request for assistance for the Centre New Hope and a request for help for the Akamuri Centre. Fr. Ludwig Peschen, Missionary of Africa, we formulates its request in the following way: New Hope Centre. 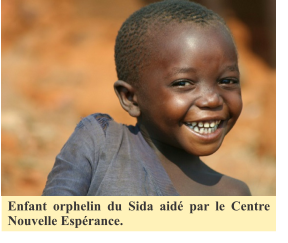 The New Hope Centre was created in 1990 by the diocese of Bujumbura (Burundi) with the financial support of the Missionaries of Africa (White Fathers). It is a centre that deals with the screening, treatment and accompaniment of people living with HIV/AIDS. I have been entrusted with the responsibility of this Centre. In 1993, the then bishop, Bishop S. Ntamwana, asked me to do something about the ever-increasing number of AIDS patients who were meeting regularly at the door of his bishopric. It was a new situation that was difficult to deal with at the time. There was no cure for the disease, and the diagnosis "HIV" was like a death sentence. Much has changed since then. In the beginning we organized home visits for the first patients who were reluctant to come forward in order to at least alleviate some of their suffering. Home care and modest material help was initially necessary, or at least to get something to eat. Prevention was the only thing we were trying at that time. 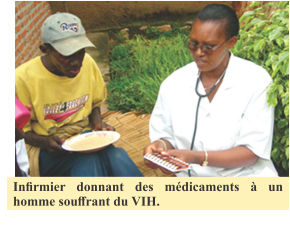 Today, 26 years later, more than 2,534 patients are registered for care and support, and more than 2,962 orphans and children in various emergency situations are receiving assistance. Given the impressive number of patients to be cared for at the Centre Nouvelle Espérance, can we once again count on your generosity in providing financial support?

On behalf of all the patients and staff of New Hope, I thank you for your interest and especially for your generous support. Many thanks for all you will be able to do.

I met a group of about 25 children and teenagers last year. They all had something in common: they all lived with some form of disability, either mental, psychological or physical: some had Down's syndrome, others autism, others microcephaly, others congenital malformations or paralysis. The poorest of the poor were with us. 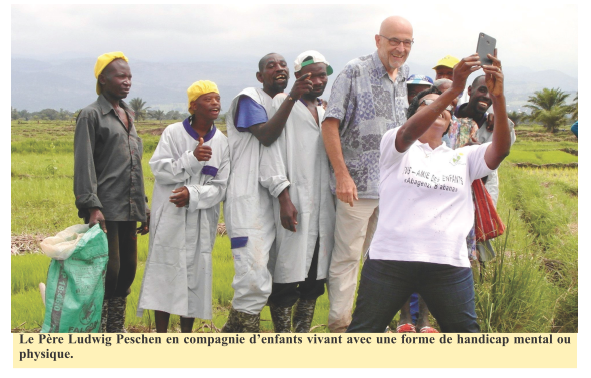 For years, some of them had been learning important things at the Akamuri Centre. Some could now walk, some could eat alone, some could say their name or that of their parents, and the more advanced could even appear before their group.

While I was there, Jules came to give a speech although no one thought he would be able to do that. His words were very moving. He told us that most of them, who had been in school at the time, now lived somewhere in the streets of the slums of Bujumbura, and he made a very simple and coherent account of their current situation. They had been thrown out at one point and nobody had looked after them any more. To feed themselves, they had to beg or steal food. And he concludes: "Patiri, we need an Imuhira iwacu. We need a home. »

This urgent and honest appeal by this boy, who is still disabled, has not left us in peace since then. Something had to be done so that these children and young people could find a safe "home".

At our "New Hope" Centre, we had already had the idea of creating a group of housing 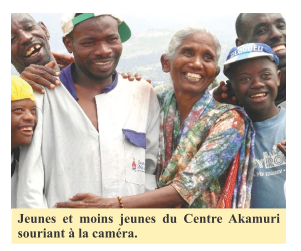 units for these children and adolescents, where they could live together as a family. However, a site already existed in Maramvya, about 25 km north of Bujumbura, in a still rural environment. We hoped that there, it would be easier for young people to settle and be accepted. We dared to create a house for young people on a small property. Financial support came from various sides and some neighbours came with rice or a sack of sweet potatoes. And so our teenagers were able to start a new life. They even helped to build their new house which was soon named "Imuhira iwacu", "home at home".

The residents very quickly understood who these new neighbours were and that they didn't need to be afraid of them. We are in harmony with them. In the meantime, our original small house has become a modest centre. Mothers who have a disabled child arrive regularly and ask us to take care of them as well. 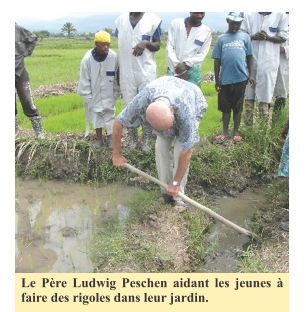 However, with the help of many friends in Europe and here at home, we managed to acquire a piece of land about 90 metres long. What a joy, what a pride, especially for our young people: here they will be able to prove that they too have the strength and power to work like others, and this gives them real dignity. They are like the others!

We would like to express our thanks to all those who have contributed in some way to a good deed. However, we take the liberty of asking for your help again. Can we still hope for your help, which is always necessary and indispensable, to enable us to ensure the future of all this work? Many thanks!