Dear friends and benefactors and people of good will, greetings from Beira, Mozambique. 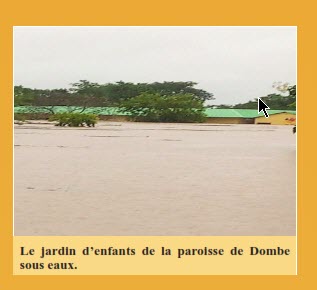 The cyclone Idai which has hit the Central Region of Mozambique  in the night ofMarch  14-15,  2019, has left the population hurt and helpless: hundreds of dead and wounded.

Some people around us are without food and shelter. Their houses and material goods have been devastated. It waters. is our parochial community at Dombe in the diocese of Chimoio, which is in the worst of situations: more than 600 persans have taken refuge at our school. Our workers and our neighbours at Beira are without houses. Sussundenga is in the same situation.

In the house of the Sector, we have lost part of the wall and our house.  At the Formation Center at Nazaré in Beira, a good number of the buildings have remained without roofs.

Our confrere Raphaël Gasimba has nearly escaped death. Indeed, he was travelling by car in Dombe, when all of a sudden, the road with tarmac, was without a bridge, eut in two and all of a sudden submerged by the deep waters. He had to swim for safety. His Toyota Hilux, double cabin and all his persona! goods are lost. 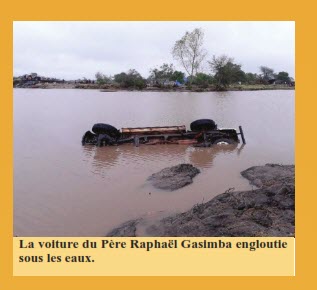 While we thank the Lord for his protection,  we  call  for  your  support, each according to his means, to help one or the other situation mentioned above. Thank you for your care and your prayers.  We shall keep  you  informed according to the developing situation.

A donation in the fond memory of Fr. Roland Dubourt.