Project 44 - To establish a New Parish

Project 44 - To establish a New Parish

Your help is necessary!

Our confrere, Fr. Theo Caerts, a missionary in Togo, is in the process of establishing a new parish, Our Lady of Africa, in Talo, Togo. After several years of work, he comes to us because he knows of the legendary generosity of Canadians when it comes to helping the White Fathers. You will see the need by reading the words of his letter that are addressed to you very fraternally, words full of hope. When you see the photographs, you will understand the need that is real.

Three White Fathers
We are a young Christian community of the diocese of Atakpamé, in Togo, in West Africa, on the borders of Burkina Faso. Our community is located in Talo and has only existed for ten years. It depended upon the parish of Cathedral of Atakpamé and was served by the priests of this parish. On May 13, 2012, it was officially entrusted to the White Fathers and erected as a parish under the name of Our Lady of Africa on August 30, 2013. I am the pastor of this parish. I am Father Theo Caerts, a native of Belgium, and my collaborators are Father Oscar Banzira Nyaminane of the Democratic Republic of Congo and Father Callistus Baalaboore, originally from Ghana.

The current church
Thanks to the generosity of a parishioner, Madame Jeanne d'Arc Godé, and the generosity of the Christians of the place, a place of worship was erected after a few years of community existence. This place of worship, which also functioned as a school during the week, was enlarged shortly after the arrival of the White Fathers, in exemplary collaboration with the parishioners. It was a necessity because, on Sunday, some Christians were obliged to stay outside. This chapel-school is nothing but a simple barrack, without a door or window. In recent times, Christians, who are more and more numerous to frequent our chapel, have a great desire to have a real church. So they began to organize.

On the occasion of the month of the Rosary, in October 2014, they took the collections for the month and put it aside for the construction of a new church. The same thing happened at Christmas time when the community decided to put aside all the donations received for the construction of the church. And most recently, on January 4, 2015, the Parish Pastoral Council appointed a Commission to explore ways and means of progressing towards the construction of the church. This Commission is composed of Mr. Noël Sossou-Komlan, Inspector of National Education, Mr. Apollinaire Konanri, Professor at the CEG of Kossikiti and Ms. Virginie Fintakpa, employee at Fucec-Togo, Atakpamé. 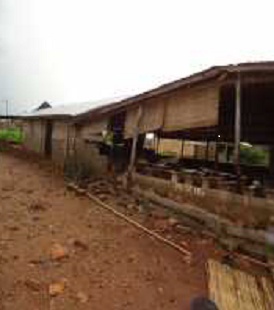 The commitment of parishioners

This Commission was quick to get to work and the first meeting took place on Tuesday, January 27, 2015. I present to you the important points.

Your help is very necessary!

The work left to do is huge because, since 2012, you will see that little has been achieved. Talo's Christians are mobilizing, and that's normal, because it's their church. Despite all their efforts already made, we have only a few hundred thousand CFA francs. That is why, dearest benefactors of Canada, people of good will, we count on you to help us reach the completion of this project which is so important for the Christians of Talo and the surrounding area. 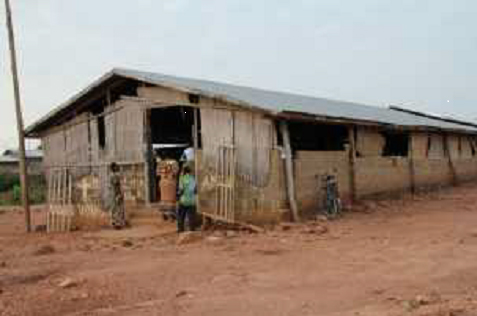 No donation is small! We will welcome with joy and gratitude all that you will give us. Be already thanked in advance! On behalf of all the Christians of Talo, on behalf of the Parish Pastoral Council and on behalf of the team of the 3 White Fathers, I thank you in sending all my fraternal greetings. May God bless you and give you a hundredfold what you will do for Him and for His children who are in Talo!