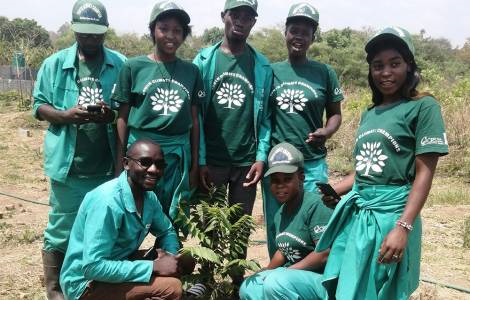 Lusaka (Agenzia Fides) - The Catholic Relief Service (CRS) is helping the Youth Climate Champions program to overcome the informal economy based on the collection of wood charcoal that creates serious environmental damage in Zambia.
CRS is helping the Youth Climate Champions by providing them with solar panels as an alternative to charcoal as the main source of energy and income.
The young Zambians involved in the initiative, often former charcoal collectors, know the extent of the damage to the environment caused by logging and burning trees and are now involved in programs to stop logging.
Youth Climate Champions campaign against deforestation and charcoal burning in local communities, engaging charcoal burners and encouraging them to stop the practice. Instead, the youth participate in a reforestation program to plant new trees.
For many Zambians, the coal trade is the main source of income. The demand for coal is always high, especially in the rainy season. Unemployment is one of the factors driving many Zambians into deforestation and burning coal, along with the cost of electricity, which makes coal a cheaper alternative for many households. Zambia's finance minister announced in September that electricity prices will rise gradually over the next five years, due to economic reforms agreed with the International Monetary Fund, including the repeal of fuel and electricity subsidies.
Charcoal has become a major source of energy throughout southern Africa, where countries like Zimbabwe and South Africa have trouble generating electricity as most power plants run on charcoal.
Zimbabwe and Zambia depend in part on hydroelectric power from the Kariba Dam, whose water level has dropped dramatically in the past three years due to prolonged periods of drought.