Self-defense militias legalized
against the jihadists raging in the north 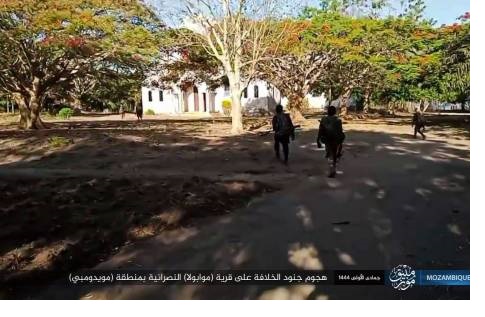 Maputo (Agence Fides) - Le parlement mozambicain a approuvé un projetMaputo (Agenzia Fides) - The Mozambique parliament has approved a bill that legalizes the involvement of local militias in the fight against jihadists in the northern province of Cabo Delgado. Defense Minister Cristóvão Chume, who presented the bill in parliament, admitted that the Mozambican army alone is not able to deal with the jihadists.
Local militias are already engaged in helping the Mozambican armed forces and military contingents sent from Rwanda and some states belonging to the Southern African Development Community (SADC) in the fight against jihadists in the province.
According to the Minister, the local militia force was set up to "strengthen the role of the Defense and Security Forces in countering and containing the spread of terrorist incursions, protecting community settlements and public and private infrastructures". Therefore, he said the new law will allow for better "structuring, organization and logistical support" for local self-defense militias.
Cristóvão Chume clarified that the government is aware that the local force does not have a "permanent presence" and, therefore, will continue to invest in the defense and security forces and in the army and in the support provided by the troops of SADC and Rwanda.
The designation local force has begun to be used in Mozambique to refer to groups of ex-members of the national liberation forces and their descendants who have organized to fight the armed groups terrorizing the Cabo Delgado province, where an armed insurrection by a group that claims to be affiliated with the Islamic State calling itself IS-Mozambique has been carried out.
Since July 2021, thanks to the support of Rwanda and SADC, the Mozambican military have freed the districts for the exploitation of natural gas fields (see Fides, 18/11/2022), but the jihadists have moved their attacks south of the region and in the nearby province of Nampula (see Fides, 10/9/2022). In recent days, images released by IS-Mozambique of the assault on the village of Mawabula in the Muidumbe district, Cabo Delgado province, are circulating on social media, where the jihadists set fire to houses and raided a church.
According to the Bishop of the diocese of Guruè, in the Mozambican province of Zambézia, Msgr. Inácio Lucas, the spread of armed violence in the north of the country must be a concern for all of Mozambique. “We speak of Cabo Delgado as if it were a unique case, but it is not, the whole country is affected by this war; it is true that in Maputo or Beira you can sleep at home, but the situation in Cabo Delgado affects all of us”, he underlined.
The conflict has already displaced one million people, according to the United Nations High Commissioner for Refugees (UNHCR), and some 4,000 victims.